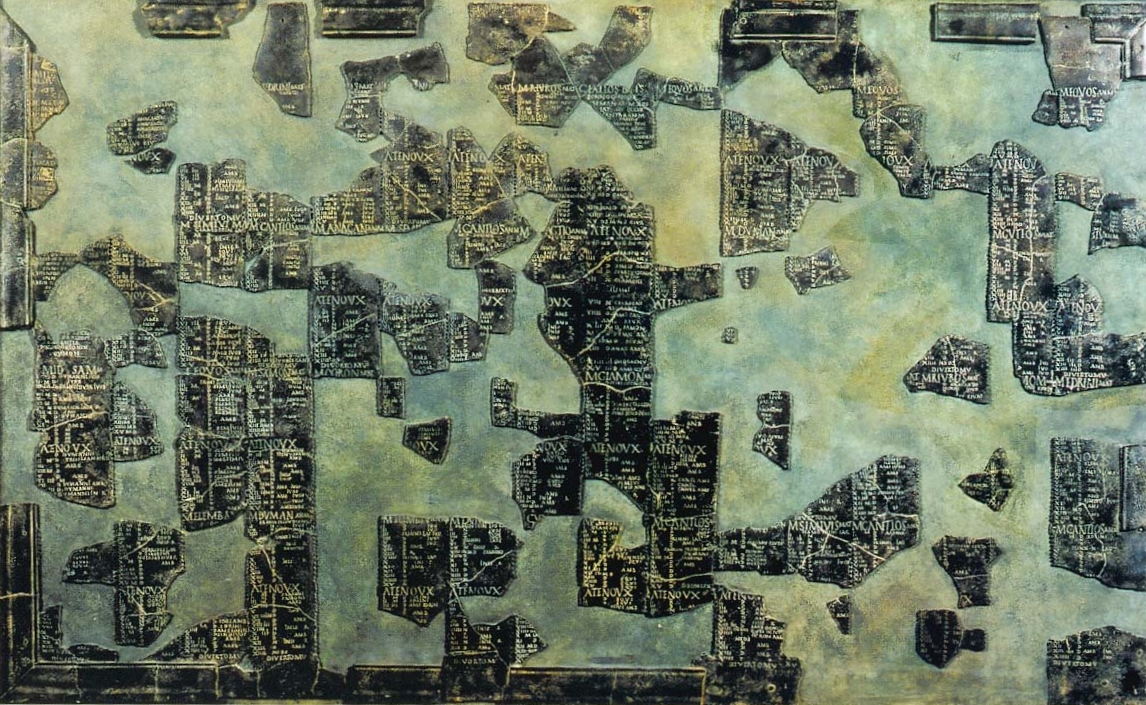 A number of engraved copper-alloy fragments were discovered in 1897 in ancient silvan surroundings some fifteen miles north-east of Bourg-en-Bresse, France. They were quickly recognised as pieces of a single, large bronze tablet, which measured some 5 feet wide by 3½ feet in height (approx. 1.5 x 1 metres) when the fragments were reassembled. The restored tablet contains tabular information arranged in sixteen vertical columns, with what appear to be observations on the weather being systematically recorded.

The French archaeologist J. Monard studied the inscriptions for a number of years, and came to the conclusion that the Coligny tablet represents the best known example of a Celtic calendar. He further speculated that the information recorded on the calendar was compiled by Gallic druids who wished to preserve the ancient Celtic system of timekeeping, at the time when the Julian calendar was being rigorously enforced throughout the entire Roman empire, around the turn of the first century AD.

Several important features of the ancient Celtic calendar were revealed or confirmed on the Coligny tablet;

The above table, particularly the derivation of the names of the Celtic months, is taken from the superb book The Celtic Tradition by Caitlin Matthews.

Two of the main Celtic religious festivals Beltain and Lughnasadh were indicated on the Coligny calendar by small sigils, and each year started with the month of Samonios, during which period the festival of Samhain was celebrated. A fourth major festival Oimelc, which occurred during mid winter, is not indicated on the tablet.

Though not confirmed by the Coligny inscriptions, we also know that in accordance with general Celtic custom, which was itself adopted from the ancient Greek observance, each day was reckoned to last from sunset to sunset; not midnight to midnight as our modern Roman calendar dictates.