For almost 400 years, from the first century AD to the early fifth century, what are today England and Wales were part of the Roman Empire, and for some of that time much of southern Scotland was also within the Empire’s borders.

Britain is scattered with Roman remains, with many British cities being first built as Roman towns. Some keep elements of the original Roman layout and the case of London versions of their Roman names. Several of the Roman roads that linked these towns also survive as the routes that are in use today. Everyone who lives in Britain today has a link with the people of Roman Britain, without even considering the ways in which Roman Britain shaped later British history and culture.

How did the Romans change towns?

As mentioned above the Romans built towns all over Britain as centres to administer the people they had conquered.

Roman towns were often laid out in a grid with streets which were between five and eight metres wide. This criss-crossed the town similar to a chessboard and formed form blocks which were called ‘insulae’. In the middle was the ‘forum‘, a big market square where people came to trade.  It would have shops and offices on three sides and government offices, called the basilica on the other side.

The Romans encouraged the growth of towns near their army forts. The word ‘chester’ comes from the Latin word ‘castrum’ which means ‘a fort’. If a place-name has ‘chester’, ‘caster’ or ‘cester’ in it, it’s almost certainly Roman (for example, Gloucester, Doncaster and Manchester).

Some towns were designated as settlements for retired soldiers.

A colonia was the highest rank of a Roman city. Throughout the Empire period, former legionary bases were often converted to colonia by granting land to retired legionaries. The thinking was that these legionaries would raise families and provide future recruits to the legions, which were only open to Roman citizens. The first colonia established in Britain was at Camulodunum (Colchester), around 49 AD. Camulodunum was followed by Lindum (Lincoln), and Glevum (Gloucester) at the end of the first century.

The Romans built towns in lowland areas, such as at fords across rivers, in contrast to the earlier Neolithic and Iron Age practice of sticking to the slopes and higher ground above the valleys. Town boundaries, unlike military forts, were not laid out in rigid rectangles or squares, but they did contain a regular grid-like network of streets. Most towns were walled, though at first, the walls would have been no more than earthen banks with ditches.

Aside from the towns, the other sign of Romanised civilization was the growth of villas. In Latin the word villa means simply, “farm”, so technically villas were any form of rural agricultural dwelling built in a Roman style. In practice, though, when we speak of villas we mean the country estates of the Romanised British elite. Although at first the conquered tribal aristocracy may have been drawn into towns, it wasn’t long before they began a “back to the land” movement.

Most large villas are built quite close to major urban centres, generally within ten miles, so the owners were never very far from the centre of affairs. Villas were more than fancy houses, though; they were centres of rural industry and agriculture. In one complex they could hold the landowner and his family, overseers, labourers, storehouses, and industrial buildings. Although some may have been strictly the centre of large farms, others included industry in the form of pottery and metalworking.

Individual houses were as different then as they are now, but the villas followed some general patterns. They were half-timber frame houses on stone foundations, one story in height, capped with slate or clay tiled roofs. Underfloor heating systems were universal, though in one intriguing case the system was never fired up. Tile floors were common, and most larger villas contained at least one room with a mosaic floor. Walls may have been decorated with mosaics or painted scenes. Furniture was made of wood, in patterns similar to Roman style throughout the Empire. Many villas also had separate bathhouses.

The golden age of the villa in Britain was in the 2nd and 3rd centuries. After that, they fell into disuse or were taken over for other purposes.

Britain had no proper roads before the Romans – there were just muddy tracks. So the Romans built new roads all across the landscape – over 16,000km (10,000 miles) in fact!

The Romans knew that the shortest distance from one place to another is a straight line. So they made all their roads as straight as possible to get around quickly.

They built their roads on foundations of clay, chalk and gravel. They laid bigger flat stones on top. Roman roads bulged in the middle and had ditches either side, to help the rainwater drain off.

Some Roman roads have been converted into motorways and main roads we use today. You can still find a few places where the original Roman road is still visible, too.

Industry in various forms was encouraged by the Romans. In their bid for the veneer of civilization the elite of Britain imported Roman wine, jewellery, and pottery. In return, they exported cattle, grain, lead, iron, tin, and, curiously enough, hunting dogs. The local pottery industries throughout Britain flourished, as did ironworking. The large standing Roman army in Britain, as many as 40,000 troops for long periods of time, was a natural market energizer for British industry, and the extensive Roman road network helped speed the transport of goods throughout the island.

The observant reader (this means you) will have noticed that most of the talk so far has been about how the upper classes lived. Certainly, most of the remains that have been excavated and analyzed pertain to them. How did the rest of the British Celts manage? Probably with a great shrug.

Despite the growth of towns and bureaucracy and all the other essentials of civilization that came with the Roman conquest, the lot of the majority was unchanged. Britain was an agricultural province, dependent on small farms. The lives of the farmers changed very little. They still built round Celtic huts and worked the same fields in the same way. Their standard of living changed little, if at all. Despite the veneer of Roman civilization, Britain was still largely a Celtic, or even a Neolithic society.

Before the Romans came, very few people could read or write in Britain. Instead, information was usually passed from person to person by word of mouth.

The Romans wrote down their history, their literature and their laws. Their language was called Latin, and it wasn’t long before some people in Britain started to use it too. However, it only really caught on in the new Roman towns – most people living in the countryside stuck to their old Celtic language.

We’ve still got lots of words and phrases today that come from Latin. Words like ‘exit’, which means ‘he or she goes out’, and ‘pedestrian’, which means ‘going on foot’.

Our coins are based on a Roman design and some of the lettering is in Latin. Written around the edge of some £1 coins is the phrase ‘decus et tutamen’ which means ‘glory and protection’.

How did the Romans change religion?

Before the Romans came, the native Britons were pagans. They believed in lots of different gods and spirits.

The Romans were pagans too, but they didn’t believe in the same gods as the Britons. They let the Britons worship their own gods, as long as they were respectful of the Roman ones too.

Christianity arrived in Britain during the second century. At first only a few people became Christian. When Christianity started to get popular, the Romans banned it. Christians refused to worship the Roman emperor and anyone who was caught following the new religion could be whipped or even executed.

By the beginning of the 4th century, more and more people were following Christianity. In AD313 the Emperor Constantine declared that Christians were free to worship in peace. By 391, Christianity was the official Roman religion, but pagan beliefs were still popular in Britain. 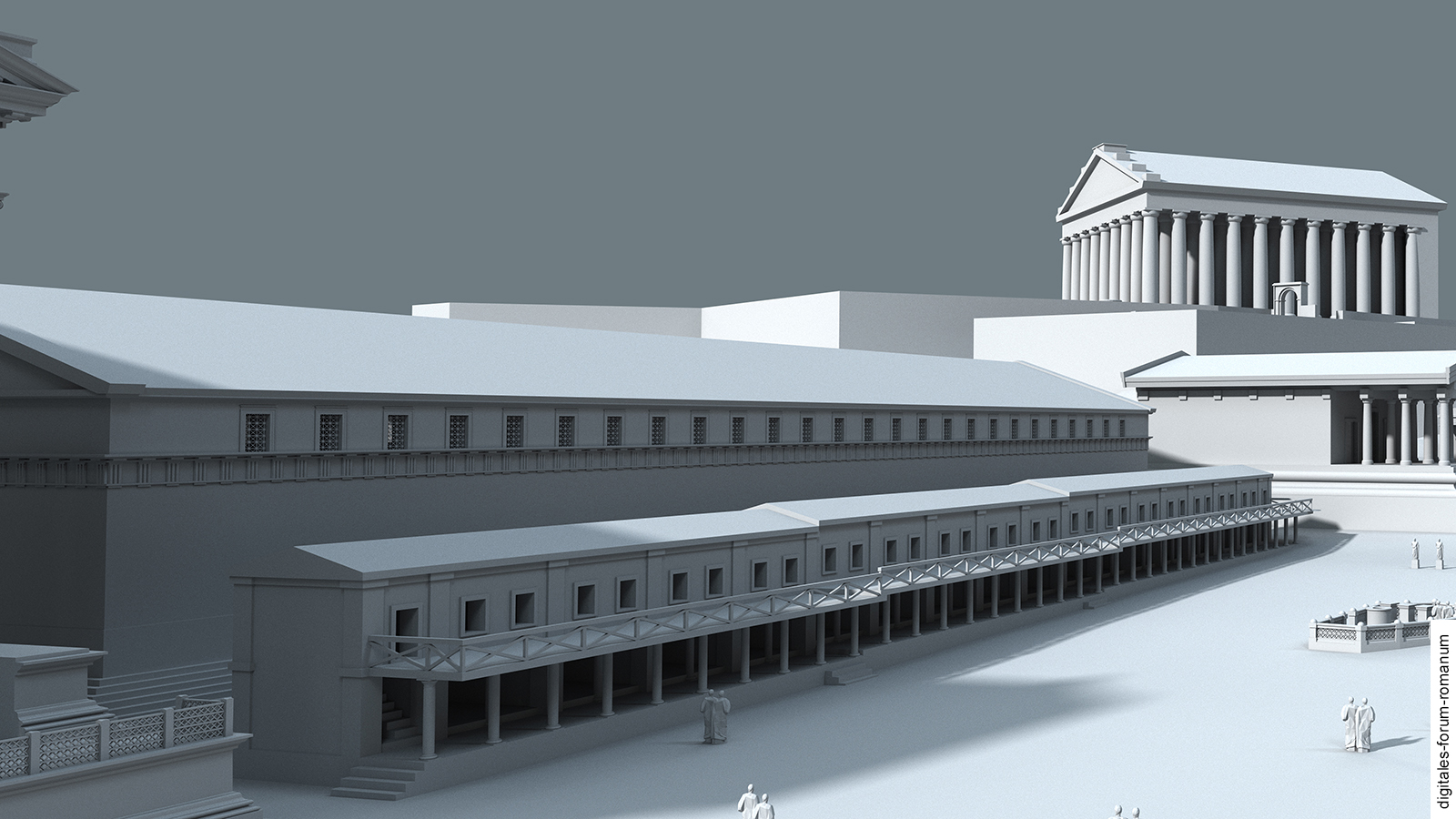 How did the Romans Rule Britain?

The systems of Government of Roman Britain