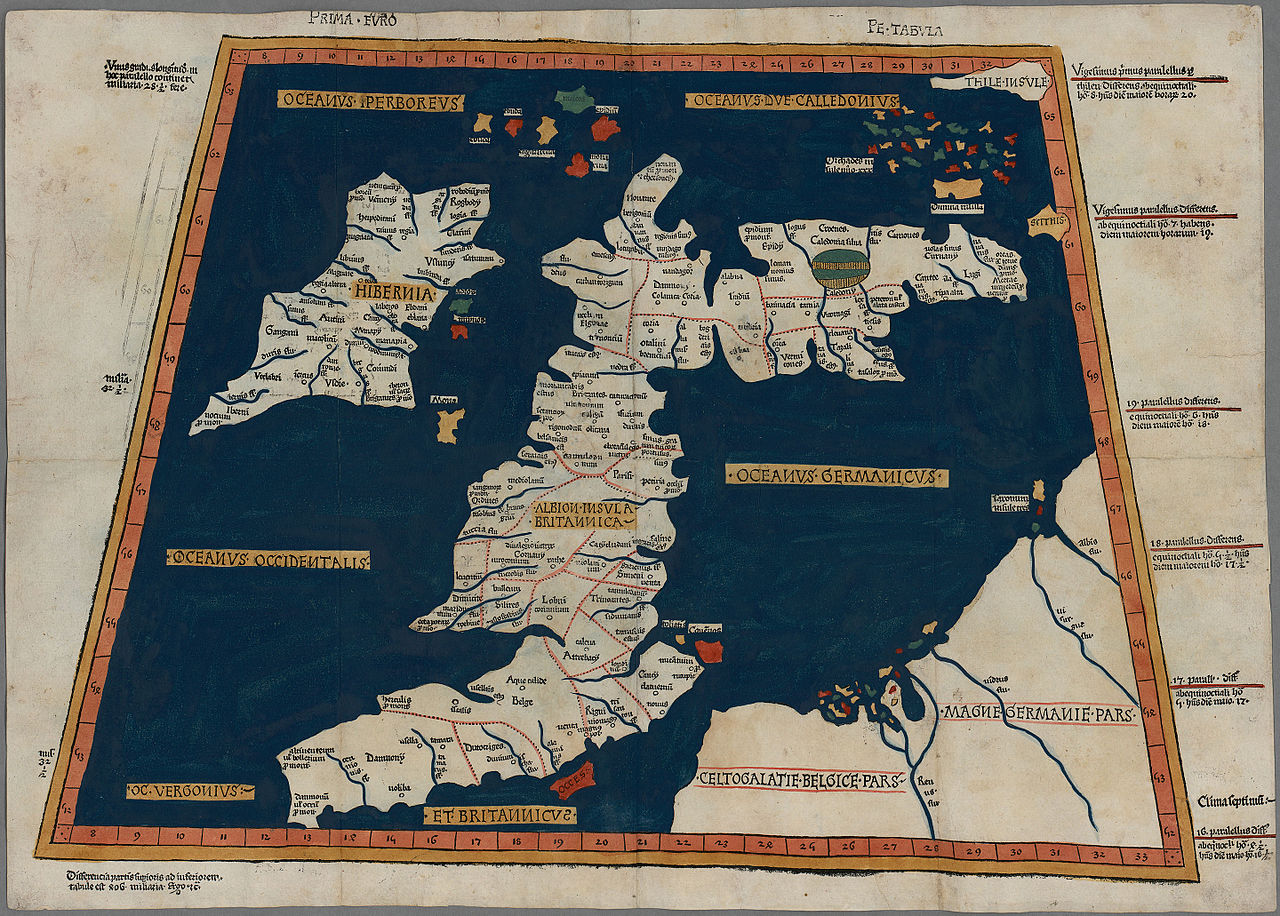 The Romans have left us a rich variety of written and archaeological sources about their lives in Britain. Julius Caesar, Tacitus and others wrote extensively, presenting us with the Roman version of events. Archaeological sources that tell us about Roman Britain include roads, coins, jewellery, gravestones, statues; the ruins of baths, villas, forts and palaces, and the magnificent Hadrian’s Wall.

A collection of references to Britain during the rule of Rome, gleaned from the works of classical historians.

Classical References regarding the Geography of Britain

To the Romans, Britannia was a mysterious island lying beyond Oceanus, the great river described by Homer as encircling the entire inhabited world. Britain was therefore seen as a land beyond the limits of civilisation. Britannia was first brought to the attention of the Roman people by the campaigns of Julius Caesar in 55 and 54 BC, but was not proven to be an island until the early eighties A.D., when the governor Gnaeus Julius Agricola sent an exploratory naval expedition around the north coast of Scotland. This section describes Britannia as the Romans knew it, utilizing the British sections from the main classical geographies.

Epigraphy is the study of inscriptions, or epigraphs, as writing. The following are a list of Epigraphic resources for investigating Roman Britain:

Britannia has established itself as a major national and international academic journal. It is the foremost journal for the study of the Roman province of Britannia. The following is an index to the journal.