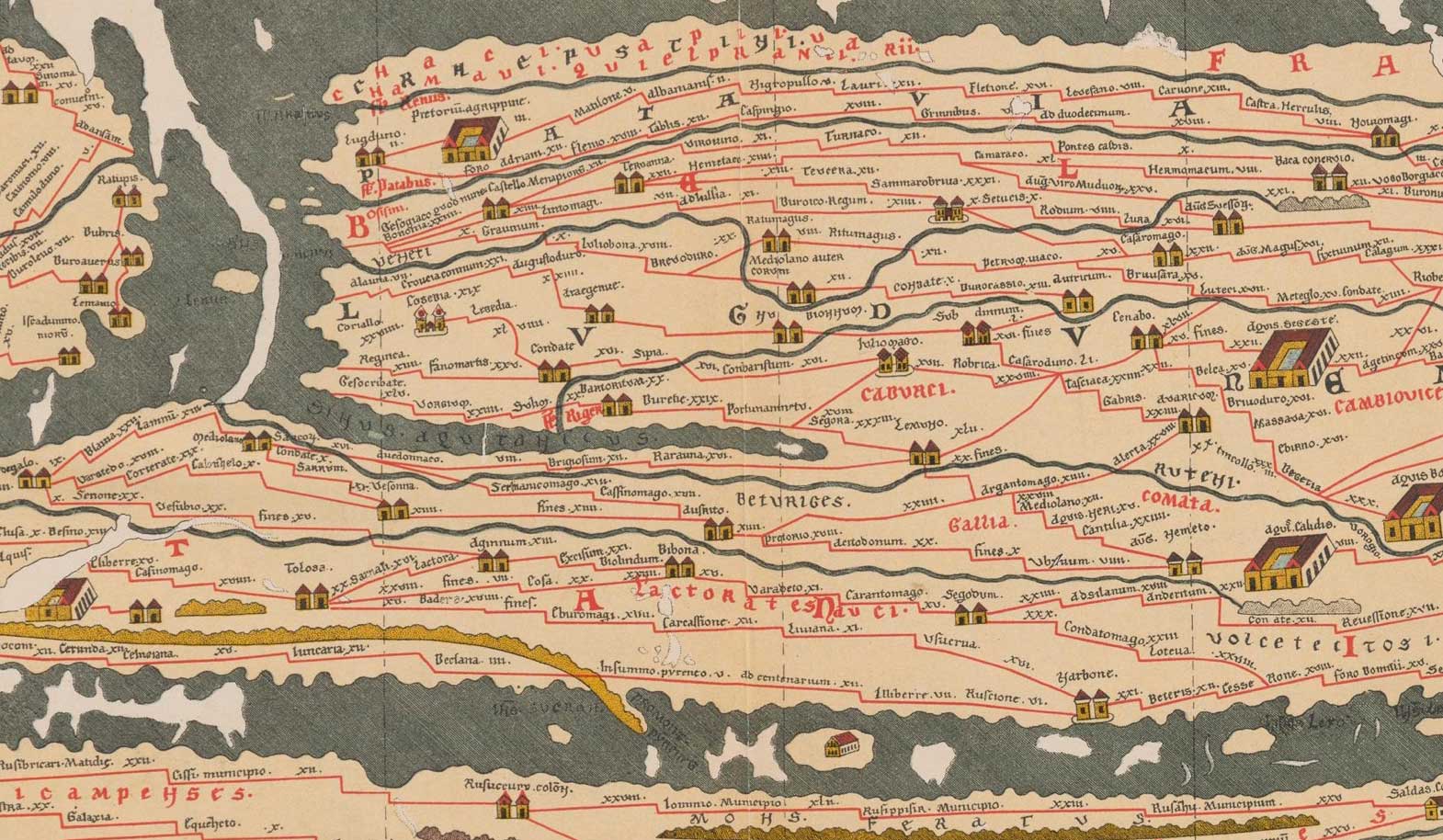 The important historical and geographical work now known as the Peutinger Table is a Medieval copy of an original Roman map which had been cut into several pieces, perhaps sometime during the Dark-Ages, in order for the valuable parchment to be re-used on the reverse. Unfortunately, the section which contained details of most of the British Isles has been lost; the westernmost surviving portion does, however, show a few towns in the south-east of England. 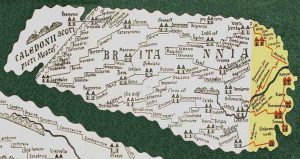 The map depicts these towns as small iconised buildings, with the name of the town printed close by. The distances between each town are also listed on the map in Roman numerals between the town icons. The British section of this document is shown on the right.

“The shape of the map, an elongated rectangle, causes a grave deformation of the Roman world, the distances from north to south being compressed and those from east to west being unduly extended. The map is in six colours – black, red, green, yellow, blue, and rose. Opinions have differed as to how closely the lost original depended on Roman itineraries and world maps. The table depicts an area beyond the frontiers of the Roman Empire to the east.”

Compared against the Relevant Section of Antonine Iter IX

The name Ad Taum occurs close to the map edge and has been truncated. This occurred when the original map was cut into 12 sections, and can be reconstructed as shown on the left. The letters in bold appear along the western edge of the surviving map, and were mistakenly combined during the copying process to produce the spurious place-name ta-um. The other letters would have appeared on the eastern edge of the adjacent map, providing information about the rest of the British Isles, but this particular map just happens to be the only missing section of the entire Peutinger Table.

The -baromaci entry also lies on the western edge of the surviving map, where the bottom half of the letter ‘S’ has been mistakenly translated as a ‘B’ during the copying process. With reference to Iter IX the name may be easily reconstructed Caesaromacus or Caesaromagus.