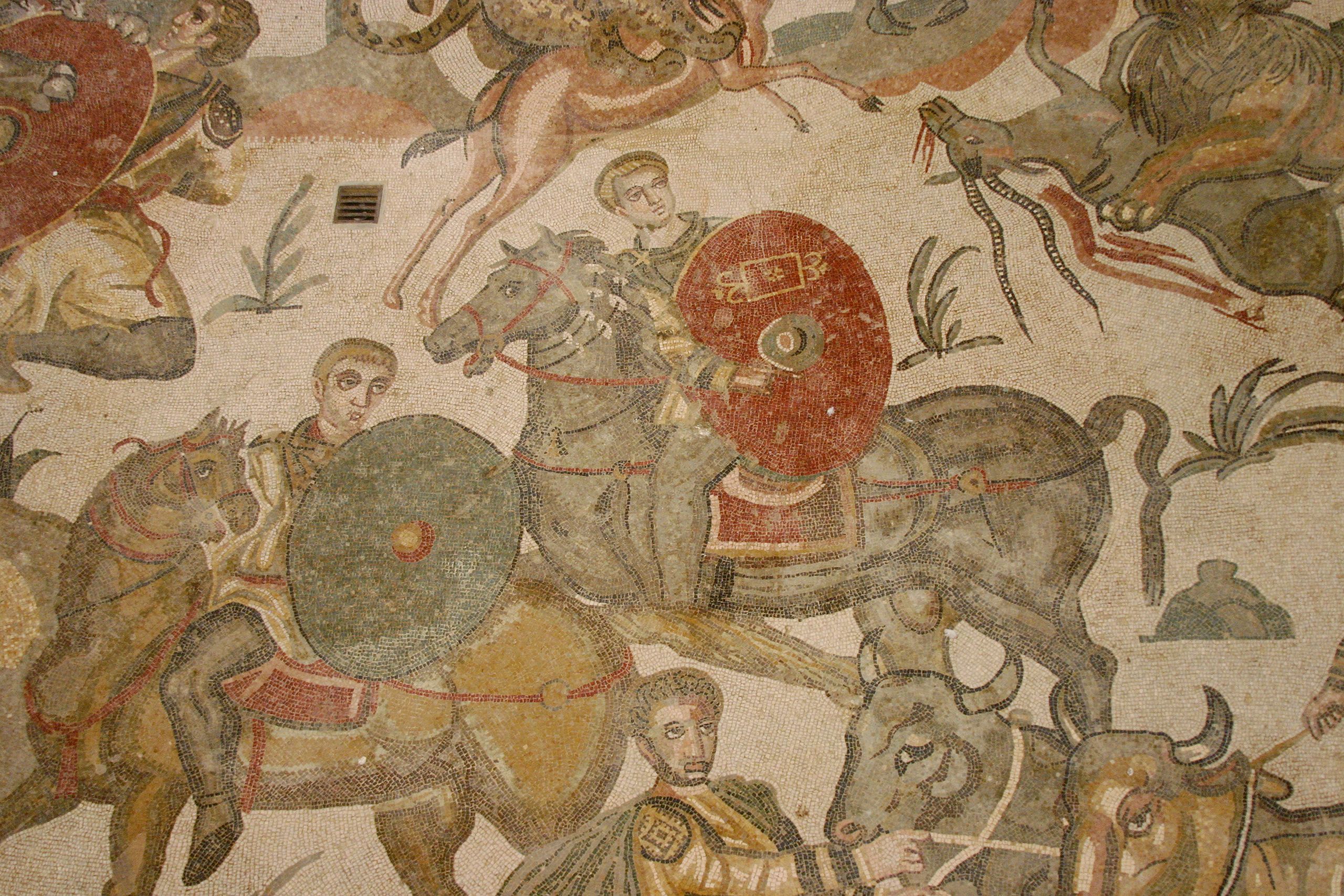 Exploratores were the scouts and reconnaissance element of the Roman army and were tasked to keep watch on enemy movements in the field. Exploratores comes from “explorare”,  to scout.

The exploratore unit originated from the cavalry; it already had the great advantage of mobility. The typical soldier assigned to this unit would generally be native to the area due to his knowledge of the terrain. The term Numerus refers to an army unit of 200 to 400 men, normally auxiliary. The number varied depending upon the duties of the unit.  To this day, we still have little evidence regarding the size and organization of an exploratore unit; they were thought to be relatively small in size and because there was no official ranking for them, by default, they were under a centurion (Ezov, 79).

The evidence for these units in Britain comes from two separate sources.

RIB1235 - Building inscription with dedication to Caracalla and Julia Domna

For the Emperor Caesar, son of the deified Septimius Severus Pius, conqueror of Arabia, conqueror of Adiabene, Most Great Conqueror of Parthia, Most Great Conqueror of Britain, grandson of the deified Antoninus Pius, conqueror of Germany, conqueror of Sarmatia, great-grandson of the deified Antoninus Pius, great-great-grandson of the deified Hadrian, great-great-great-grandson of the deified Trajan, conqueror of Parthia, and of the deified Nerva, Marcus Aurelius Antoninus Pius Felix Augustus, Most Great Conqueror of Parthia, Most Great Conqueror of Britain, Most Great Conqueror of Germany, in his sixteenth year of tribunician power, twice acclaimed Imperator, father of his country, proconsul, out of their joint duty and devotion, and for Julia Domna Pia Felix Augusta, mother of our Emperor, likewise of the army, Senate and country, out of their joint duty and devotion, under the charge of …, imperial propraetorian legate, the First Cohort of Vangiones, likewise the Raetian Spearmen and the Scouts of Habitancum, devoted to their divinity and majesty, set this up.
[...  ...]VI SEPT [...  ...]ABENIC[  ... ... ]MI BRI[...  ... ]MI FILIO DI[...]
[...] SARMATI[...  ...]INI PII PRO[...   ]ADRIANI A[...  ...  ...]I PARTICHI ET [...  ...]
[  ... ] ANTON[...]ICO MAXIM[  ...  ...] TRIB POTESTA[...]
[...]RIE PROCONSVLI PRO [...  ...]OTIONE COM[...   ]T IV[...  ...  ...]TRI AVGVST[  ...]
[...]M SENATVS HAC PATRIE PRO [...]ETATE HAC D[...]ONE [...&
imperatori ii: consvli iiii has been omitted on the analogy of RIB 1278 (High Rochester). It would also be possible to follow the analogy of RIB 1705 (Vindolanda) and read cos iiii imp ii, but this would make it necessary to abbreviate both titles, which is not the practice elsewhere on this stone R.P.W.5. The names of the governor, C. Iulio Marco, have been deleted.6. posvervnt 'seems to be spaced as if it were in fact the last (word), though it might be followed by some such phrase as d n m q eorvm' Richm.; this restoration is adopted here and represented in dotted letters R.P.W.Of the three fragments which Huebner quotes as unplaced, (i) is extant (RIB 1232), and does not belong to this inscription; (h) fits in l. 5; (k) fits in l. 1.For similar dedications in A.D. 213 see note to RIB 1202.


Habitanco is known to be the fort at Risingham from the following inscription:

RIB1225 - Altar dedicated to Mogons Cad(...) and to the Divinity of the Emperor

To the god Mogons Cad(...) and to the Divinity of our Lord Augustus, Marcus Gavius Secundinus, beneficiarius of the governor, on his first tour of duty at Habitancum, set this up for himself and his own.
[...]EO
MOGONITO ❦ CAD ❦
ET N D N AVG
M G SECVNDINVS
[...]F COS HABITA
NCI PRIMA STAT
PRO SE ET SVIS POSV[...]
1.  Cad, probably a 'territorial epithet' which 'may well be a German pagus-name' Richmond loc. cit., p. 86. 5. prima statione, 'first tour of duty' Birley loc. cit. Habitancum, Risingham. For Mogons see RIB 971 (Netherby), for Mogtis 921 (Old Penrith), for Mountis 922 (do.), for Mountes 1269 (High Rochester), for Mounus Cad. 1226 (Risingham). For Mogontia see CIL xiii 4314 (ILS 4706) near Metz; for Mogounos CIL xiii 5315 (ILS 4649) Horburg, Alsace. A beneficiarius was a soldier, usually a legionary, seconded for special duties by favour (beneficium) of a specific senior officer; in particular the beneficiarius consularis, an officer on the governor's staff, who might be out-posted.

Bremenium is known to be the Fort at High Rochester.

Documentary evidence from the late-4th century Notitia Dignitatum which records one unit under the command of the Count of the Saxon Shore in southern England and another “at the disposal of the Right Honourable Duke of the Britains” in County Durham; the former two units separated by a distance of only 10 miles, the latter two by almost the entire length of the province. There is no evidence to link either of the 2nd-century units to either of the 4th-century units.

To the Genius of our Lord and of the standards of the First Cohort of Vardulli and of the Unit of Scouts of Bremenium, styled Gordianus, Egnatius Lucilianus, emperor's propraetorian legate, (set this up) under the charge of Cassius Sabinianus, tribune.
G D N ET
SIGNORVM
COH I VARDVL[...]
ET N EXPLORA
TOR BREM GOR
EGNAT LVCILI
ANVS LEG AVG PR PR
CVRANTE CASSIO
SABINIANO TRIB
For Egnatius Lucilianus see RIB 1091 (Lanchester). He governed Britannia Inferior just before, or just after, Maecilius Fuscus (RIB 1092, Lanchester) within A.D. 238-41 (Birley in Askew Coinage).