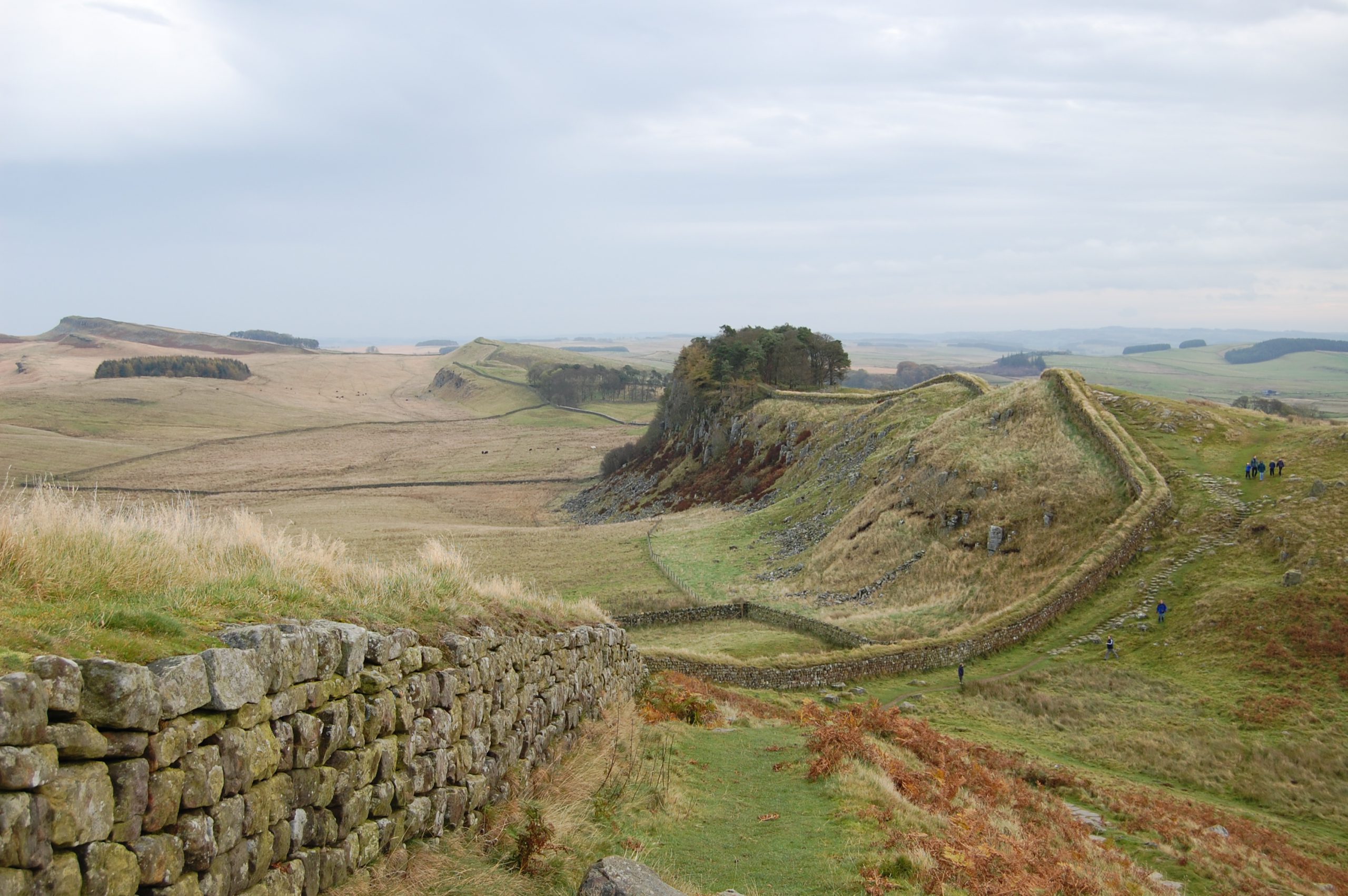 The Development of the Roman Empire

The first seven-and-a-half centuries of Roman history was a period of almost continual warfare and expansion during which Rome’s armies conquered and occupied the entire Mediterranean world. Following the sack of Rome by the Gaul Brennus in 387 B.C., all of Italy was annexed in the three Samnite Wars of the late-4th/early-3rd centuries, the Mediterranean islands and southern Spain were acquired from Carthage during the first two Punic Wars by the end of the 3nd century, Greece was conquered during the Macedonian Wars by the turn of the 2nd century, the defeat of the Aetolian league in Asia Minor gave Romans control of the eastern Mediterranean in 190 B.C., and the fall of Carthage in 146 brought Roman control to central North Africa (q.v. Livy, Velleius Paterculus, Plutarch, Dio et al.).

Caesar added the three Gauls and consolidated Mediterranean Spain in the middle of the first century B.C., famously building a bridge across the Rhine into Germany and twice making excursions into south-east England; he also managed to secure Egypt after seducing (or being seduced by) queen Cleopatra, the country being left to Rome in the will of her father Ptolemy Auletes (q.v. Caesar).

Augustus, the first true emperor of Rome, was the first to impose limits on the empire. He had, through use of good generals (mostly close relatives), acquired several more provinces; Egypt in 30, Moesia in 29, Galatia in 25, northern Spain in 17, finally adding the Alps and the transalpine Rhaetia and Noricum in 15, Judaea in A.D.6 and Pannonia in 10. During all this time Augustus’ legates were regularly campaigning in Germany, notably Tiberius and Germanicus Caesar, and several minor rebellions in Gaul required putting-down, and on three occasions overtures were made for campaigns against Britain (q.v. Tacitus, Dio, Suetonius & Res Gestae).

Towards the end of his reign three legions were ambushed and destroyed in the Teutoberger forest during an attempt to reach the river Elbe in Germany, and thus to shorten the north-western border (Dio, LVI.xviii). The ‘Varian disaster’ convinced Augustus that Rome had reached its natural limit of profitable expansion and he instructed that his heirs should “under no conditions … increase the empire to any greater dimensions” (Dio, LVI.xxxiii.5).

The Development of the Roman Frontier System

The Augustan empire was vast and its border needed to be maintained and controlled. Linear barriers, with their attendant road networks, signalling systems and garrison forts are both very expensive and very inefficient as a means of defence. Most of the military manpower is spread out along the edges of one’s territory and all enemies have to do is concentrate forces upon a single point and the defensive bubble is burst, leaving the invader free to ravage the interior unopposed. To be effective a barrier would have to be extremely strong, but strength generally means expense, a very ugly word to officialdom both then and nowadays.

A much more cost-effective method would be to concentrate highly-mobile forces at the centre of one’s territory, ready to counter threats from any direction. Using this type of defensive strategy requires only three things to be set in place, an efficient signalling system to alert the central administration of any approaching threat, a decent road network to provide the means to counter such a threat, also a “buffer zone” or “no man’s land” at the border, undeveloped territory which mattered little if it fell into enemy hands. This strategy means that the need for a barrier and its attendant garrison may be dispensed with, indeed, the need to have a standing army at all may even be eliminated, so long as there is sufficient time to muster a response.

This is the so-called ‘oyster’ and ‘peach’ scenario: The first system spreads defensive manpower in a shell around the edges, the second concentrates military might at the core of one’s territory. The former system is hard to crack, but once achieved, the soft fleshy parts are there for the taking, the latter system is easy to penetrate with military ‘teeth’, but will be stopped dead at the centre. If all these things are so, then why did the Romans expend so much in terms of time, manpower and money building frontier systems which proved to be such a drain on the state, and which was ultimately to cause its downfall?

The main advantage of a linear barrier is that it allows agriculture and exploitation of natural resources to continue up to the very edge of the territories enclosed, this also means that the populace within need not trouble themselves with defence, needing no town-walls and able to walk abroad without the need of a weapon. The greatest disadvantages of this strategy have already been outlined above, but another factor is that the inhabitants (and the administration) would be lulled into a false sense of security lasting only so long as the barriers held.

We have seen that there was no overall defensive strategy applied to the Roman frontiers, which were either beefed-up or neglected as the political situation dictated. Gaps in the system were “plugged”, often after the event, the Roman administration being reactive rather than pro-active in this regard. Derek Williams says of the situation: “frontiers had been quietly forming for years … though prompted by a nod from the Palatine, the frontiers were moving toward permanence of their own accord” (Williams, pp.54/5).

The fact that the borders of the empire had been allowed to form almost by default shows that the Romans did not plan to adopt the less-effective ‘oyster’ system of defence along a perimeter over the cost effective and more flexible ‘peach’ system. This haphazard defensive system was to prove very expensive in August 410, when the Roman ‘oyster’ was cracked open by the Visigoths who poured into Italy and captured Rome, the ‘pearl of the empire’.